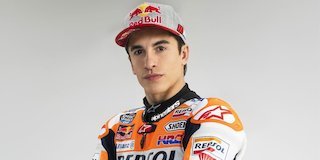 Bola.net – Bad news is back against the Repsol Honda riders, Marc Marquez . Several trials conducted by a team of doctors from Hospital Ruber Internacional, Madrid, Spain, stated that the eight-time world champion had an infection in the fracture of his right upper arm. This was announced via the team’s official release, Saturday (5/12/2020).

As is known, Marquez had a terrible accident in the Spanish MotoGP in Jerez on July 19, which caused a fracture of the right humerus. Two days after the incident, Marquez underwent surgery in Barcelona to implant a titanium plate and 12 screws.

Two days after the operation, Marquez returned to Jerez to participate in the Andalusian MotoGP. However, after trying to get off in the FP3 session, his arm was so swollen and bruised that he decided to step down and focus on looking for a chance back in Brno, Czech Republic. Unfortunately, Marquez’s drama didn’t stop there.

On August 3, ahead of the Czech MotoGP, Marquez was shocked to have to undergo a second operation after breaking his plate due to opening a large window in the house when about to take the two dogs for a walk. Since then, the recovery process has been very complicated and took a long time.

Marquez has been rumored to be returning several times. race on several series. However, ahead of the Valencia MotoGP on November 15, the 8 times world champion admitted that he would not return until the season ended and would focus on recovering to return to a healthier condition in 2021.

For the sake of realizing his hopes, Marquez finally decided to undergo a third operation in Madrid on Thursday (3/12/2020). This operation was performed to replace a new plate on his arm, as well as perform a hip bone transplant.

Must be hospitalized for several weeks

The operation, which lasted eight hours, was run by a team of doctors Samuel Antuna, Ignacio Roger de Ona, Juan de Miguel, Aitor Ibarzabal, and Andrea Garcia Villanueva. This team of doctors also found an infection in the fracture of the bone and the 27-year-old Spanish rider will be treated in Madrid for the next few weeks for observation and undergoing antibiotic treatment. )

“Marc Marquez’s clinical situation after surgery was declared satisfactory by his medical team at Ruber Internacional Hospital, Madrid. Even so, the culture process performed in the pseudarthrosis operation confirmed infection in the previous fracture, which will require Marquez to receive specific antibiotic treatment in the next few weeks. Marqiez will continue to be treated at Hospital Ruber Internacional, Madrid. “

A crazy entrepreneur, a talent factory and the connection to Hapoel...

One hundred million was not enough. Dortmund declined a lucrative offer...

How to choose the right motorcycle parts: recommendations and advice

Another Romanian in round 2 at Roland Garros! Patricia Țig, victory...

House of the Dragon: The shooting of the prequel of Game...

Poland rose in the UEFA ranking