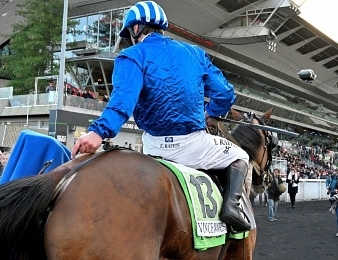 Loose hind legs this time, while he was shod in the Prix de Normandie (Gr.1) he two weeks ago, Feeling Cash won the Prix des Elites (Gr.1), contested this Sunday, September 27 in Vincennes. The record for the event was broken in 1’10”6.

(Zone-turf.fr) – He still had not won Group 1 and it is done. With this prestigious victory, Feeling Cash crosses the symbolic million euros mark and finds a fair reward to his career which has very few false notes.

While he had to go 50 meters today, just like the favorite Flêche Bourbon who s ‘is shown at the bottom of the climb, Feeling Cash , associated with Eric Raffin , was able to have almost the entire event brought back by Fado du Chêne , then after taking the advantage entering a straight line, was able to resist Flame du Goutier , which nevertheless came in a significant action.

Simona Halep reveals how she feels without fans at Roland Garros:...

He became the third best scorer of Barcelona. Suarez transferred to...

Another blow for Botev Plovdiv

Simona Halep reveals how she feels without fans at Roland Garros:...